Kenney should fulfil his campaign promise, committing to a culture change and reaffirming the role of citizens as boss 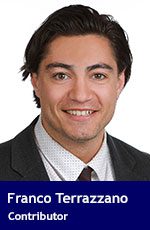 More than a year into the United Conservative Party’s mandate, Albertans are still waiting for two key accountability reforms: recall and referendum rules.

If government belongs to the people, then the people should be able to vote to recall misbehaving politicians between elections and initiate referendums to introduce or repeal legislation.

Premier Jason Kenney can make this a reality by fulfilling his promise to introduce recall and referendum laws.

“Albertans want their MLAs to be accountable to them. That’s why a United Conservative government would introduce a Recall Act,” Kenney said while on the campaign trail. “Empowering citizens to hold their MLAs to account will strengthen Alberta democracy.”

Kenney also promised to introduce referendum legislation to “give Albertans the power to hold this and future governments to account if we do not keep our commitment to stand up for Alberta.”

To the delight of Albertans craving more political accountability, the government’s February throne speech promised that both policies would be implemented during this legislative session and would include recall rules extending to local politicians.

More than three months and 20 bills later, Albertans are still waiting for recall and referendum laws to be introduced. The COVID-19 health and economic crisis has thrown a wrench in the government’s plans, but if the United Conservatives can tinker with the real estate council, they can also introduce recall and referendum rules.

Albertans should be concerned that the government hasn’t yet lived up to its promise. During last fall’s legislative session, a private member’s bill to implement recall rules died on the floor.

And Alberta politicians have a long history of ducking legislation that enhances accountability.

Recall legislation has been debated in the Alberta legislature more than a handful of times since 1993, but politicians haven’t followed through. =

Alberta had recall legislation for a short period after it was introduced by the Social Credit government in 1936. But the law was repealed the following year when then-premier William Aberhart was threatened with recall himself.

Kenney is an experienced politician, so it’s unlikely that he would outright renege on his promise to enhance accountability. But he could employ a death-by-delay tactic such as forming another expert committee to study the merits of recall and referendums.

Albertans shouldn’t let him get away with this stall tactic. There’s no need for further study –  these policies have been successfully implemented many times around the world.

“The origins of the institution can be traced back to the Roman Republic, where tribunes were occasionally recalled,” explains the Routledge Handbook to Referendums and Direct Democracy.

The United Conservatives know these rules have worked in other jurisdictions.

“Recall legislation exists in over a dozen countries, including the United Kingdom,” reads a UCP backgrounder that notes Alberta’s recall rules would be similar to the existing law in British Columbia. “Most U.S. states have recall laws, which have been used successfully to remove elected officials over 50 times in the past century.”

Perhaps the United Conservatives aren’t eager to improve accountability after recent slip-ups such as exploiting the federal wage subsidy, awarding contracts without a competitive bidding process and failing to bring the inflated salaries of MLAs and political staffers down to reality.

But the UCP shouldn’t avoid doing the right thing because politicians are afraid of facing their voters. Instead, Kenney and his government should commit to a culture change and reaffirm the role of citizens as the boss by passing recall and referendum laws this session.

Franco Terrazzano is the Alberta director of the Canadian Taxpayers Federation.